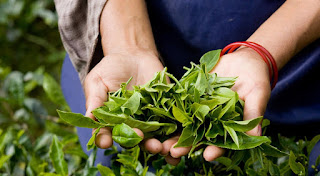 Agriculture is most commonly correlated with the act of cultivation (and herding, catching, harvesting) and a few other field activities, carried out by agricultural serfs. It is also mostly linked with food security concerns. However, farming is the heart of the agricultural value system, a value system that not only ensures that humankind and their livestock gets fed (food & fodder), but has also evolved to provide feedstock to industries.

Agriculture has a unique place in the primary economic sector, as its output can be directly consumed (as in milk, meats, fruits & vegetables) and also service the demand of industries (as in cotton, leather, medicinals, chemicals, processed foods, and more). The other main primary sector is mining, where the harvest of natural resources (eg. ore, crude, coal, etc.) has to necessarily undergo transformative processes before it can come into gainful end-use. Like how cotton cannot be worn unless converted into cloth, and oilseeds have to be processed for oil before it is consumable.

The secondary economic sector, or the manufacturing sector, typically outputs consumable goods or products. Therefore the secondary sector not only sources raw material from agriculture, but in some cases its products competes for market share with primary agricultural produce. Case in example is when processed vegetables or fruit juice competes against fresh whole vegetables or fresh fruits in  markets. The tertiary economic sector, or the services sector, largely works to manage / connect / communicate the value produced in the first two sectors to the end-users. There are two other economic sectors, the quaternary and quinary, which deal with knowledge and with ideation.

The fact is, that before we had manufacturing facilities, our primary sector was the sole producer of value. And our farms were actually the first solar powered production centres in the world. Raw material, human toil and nature's resources like sun, soil and rain were utilised to create value. Farms were human civilization's first organised production hubs, and the sole power they used was solar.

Even today, the farmer is the producer, creating value in the form of consumable goods, the source of both food and feedstock. In the past, the output from farms allowed population clusters to divert efforts from food production into other sublime works, such as in sciences, arts, services, political experiments, which resulted in today's urbanised world. As more people moved away from farms into urban activities, the load on farms increased. Whenever the such demand outstripped supply, farmers profited. In these periods, a blind focus on production linked growth was justifiable. The non-farming population were non-producers and were a ready market for the producing population of farmers. The farmers produced to sustain the rest of the people in their non-farming activities.

Soon, by the 20th century in many areas of the world, the non-producer to producer ratios started to shift causing awkward subsistence fears and a shortfall in food supply. Fed by fear of famines due to bloated populations that began to outpace farm production, is when science turned a circle and came back into farming. The last half of the previous century witnessed extensive industrialisation and intensification of the agricultural system, globally. Farm outputs got enhanced and a somewhat vicious cycle commenced, because populations burgeoned even more.

Intensive agricultural technologies were deployed in pockets, done where such technologies could be brought into optimal use. Optimal use was delineated in terms relating to factors of production, and production was the end objective. A comfort zone endured in the mind-sets of economists and governments, as agricultural production saw phenomenal growth.

In modern day context, on average, the global production of food is greater than its consumption. However, the great growth in food production was not uniformly spread across all regions of the world. There remained pockets of sufferance, and even in 2019 more than 800 million people remain hungry worldwide. In fact, globally nearly 30 per cent of the food produced is discarded as loss or waste, whereas nearly 11 per cent of the world is reported undernourished.


Many countries now do not speak of food security but focus on nutrition security, yet so many elsewhere remain food insecure.

Clearly, production is not translating into supply, and the world needs to wake up and realise that it needs to move beyond production intensification towards the technologies that deliver the production to demand. Agri-logistics is the missing backbone in this behemoth that is agriculture. True, that logistics connectivity can get disrupted due to external events - like conflict, disease or other disasters - yet, that is a given for all human interventions. In fact, hunger itself is a social ill that can feed conflict and disease and more.

The mandate of those involved in modernising agriculture, needs to extend beyond the limited boundaries of a farming field and envelop other activities that add value and sense to the core activity of cultivation. A tectonic shift in how we approach agriculture is necessary - we need to unshackle the mind from output linked targets, and uphold an outcome oriented vision, and this simple transformation will bring a whole set of opportunities in this field. The outcome is not merely to be defined in terms of monetisation or value realised, but also from perspective of environment and long term sustenance of our ecology and health.


Agriculture, is no longer about producing more, but about delivering more, and in a sustainable manner.

The future is about technologies that coordinate across the supply chain, systems that minimise value dilution, business models that foster equitable sharing, and aware minds that take cognisance that agriculture as an enterprise extends beyond the farmers’ field to touch the life of every citizen.

The farm was our first solar powered production unit... we were successful at it... we thrive because of it... time that we restructure our minds around it.