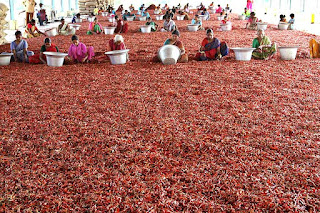 The distribution of these refrigerated stores is mainly in producing areas, focused on bulk storage of long term holding farm produce. This development has helped single season harvests of crops like potatoes and apples to be traded all across the year. A major success story is the case of potatoes, which though native to Peru, have become a staple food item in India, thanks to cold stores. In case of dried chillies too, the opportunity to trade across seasons opened up as their holding life extended in cold-stores.

India’s current capacity in cold stores is also used to service market demand for the “cannot-do-without” segment like ice-creams and frozen or processed products. These products cannot exist, without cold stores, refrigerated vehicles and deep freeze cabinets at point of sales.
... Continue reading »
No comments: 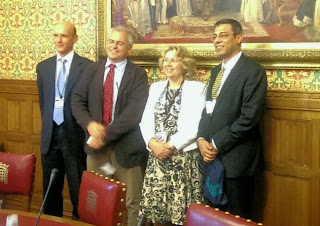 There is a Food Crisis in our world - can it truly be met by sowing more crops, increasing farm level yields, to store that food in banks? These are among some topics I mooted when speaking on the subject at UK's House of Lords.

There ought to be no doubt that there exists a global food crisis! Across the world, 795 million people suffer from hunger - Hunger is defined as a painful sensation from want of food! This pain afflicts 525 million people in Asia, 215 million in Africa, 37 million in Latin America & Caribbean and others. Women form 60% of these numbers and a child dies every 10 seconds from hunger related inflictions.

What is notable, is that this food crisis is most prevalent in producing regions, areas that have a food surplus, not food shortage. The question is why? Why is it, the producing areas face more hunger?

Shelf life is not storage life 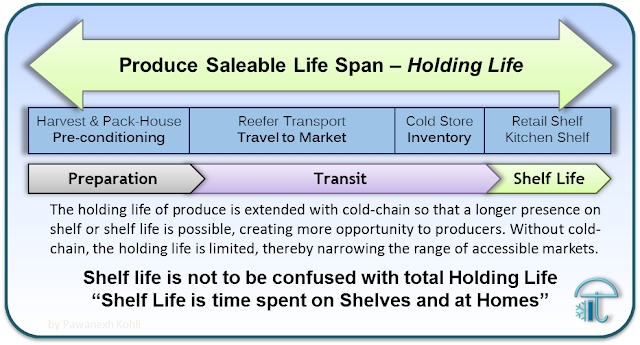 Holding period in a warehouse is opportunity lost.

Keeping food secure for long is not always a worthwhile achievement... making sure it arrives for gainful end-use is the real target. Aim to make sure you reach the consumer - get on the shelf!
... Continue reading »
No comments:

Cold chain operators are usually counselled that they must segregate goods in the cold-chain. 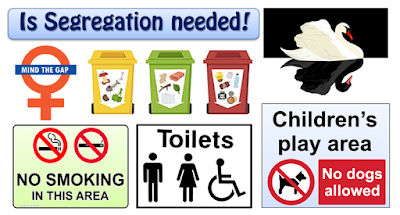 The need to segregate stems from the fact that fresh farm produce is frequently incompatible with one another, and is good practice to mitigate risk of damage & food loss.

Segregation is important in the cold-chain

Cold-chain is not only about cooling alone but must look at various compatibility aspects between different species of the goods involved. This is in particular the case when handling fresh fruits and vegetables. Unlike aseptically sealed foods, the packaging of fresh produce has to allow access to the surrounding air and therefore makes it susceptible to tainting, moisture loss and biological triggers.

We frequently see confusion in use of the terms that describe or relate to different types of cold storage spaces. This article defines the basic categories of environment-controlled storage systems used in food supply chain.
Size and Capacity - are distinctly different, yet correlated

Cold-chain is about Speed!

Frequently cold-supply-chain strategists are asked to help develop models for a laudable vision, one that envisions a revenue multiplier for farmers-producers. This Vision is typically presented alongside tactical options, those that focus on enabling small farmers to offset their sales by storing their weekly or seasonal produce, thus avoiding peak season price drops. This is also expected to avoid distress sales due to low shelf life of the perishable produce.

Ergo the cold-store, which is viewed as a buffer space that can extend the trade opportunity, conceivably offering safe, risk free storage and defer the sale to a more favourable future date. This tactic lends itself to the core premise that the buying markets will pay a higher value at a later date, when supply patterns are low.

In December 2014, the Japan Metrological Agency had declared the onset of El Niño, on the basis of a rise in the ocean temperature alone, though other atmospheric conditions had yet to manifest. In March 2015, the Climate Prediction Center of USA confirmed the arrival of the El Niño conditions. Though these conditions are weaker than expected, and have manifested much later than was foretold, scientists have predicted that 2015 will be the hottest year in recorded history.

Cold-chain value systems and options to be considered by planners. (also see Visions and Value chains)

1. The strategic business interest & capability of any concerned enterprise will define the scope and extent of the value chain of each such enterprise. Frankly, the involved models are easily differentiated and would extend across the following two basic categories-

a. Uninterrupted farm-to-fork sourcing and distribution of agricultural produce, especially perishables, wherein the fresh whole food does not undergo any change to its primary and natural characteristics. This value chain system is empowered with the agri-logistics intervention that services an out-reach into multiple markets through connectivity. This market link is key to generate a revenue stream that is volume based, and in turn feeds improved post-harvest handling, resultant growth in produce quality & productivity and also offers scope to stabilise demand-supply fluctuations.
... Continue reading »
No comments: 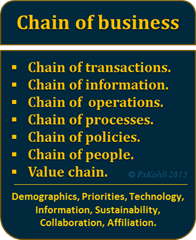 Cold-chain development is commonly debated over round table discussions, mostly by business researchers and prospective financiers. The non-inclusion of practical domain experts can tend to make these discussions academic about value chains and the result is a wizardry of numbers. This happens frequently, largely because there are merely a handful of strategic experts who have partaken across the wide range of functions that make the cold chain - it truly is a niche sector! However, the cold-chain is increasingly taking importance as the heart and centre of food security in our future, and such discussions need to move from the rhetoric into the realm of reality.

[There is real need to include operative considerations – after all, even the original round table of King Arthur had a functional head with fighting knights on board, and only one wizard]

What the budget proposal means for cold-chain.

It is amply clear that to properly utilise the cold-chain, and to initiate a supply of fresh farm produce to consumers, the supply chain operator, at the source end (farm gate), needs to prepare the harvested produce for travel from farm gate to market. This involves pre-conditioning procedures (e.g. washing, waxing, de-sapping), retail packaging and labelling, pre-cooling, before undergoing climate controlled storage and transportation and ripening. None of these measures alter the essential characteristics of agricultural produce as no food processing is involved – the farm produce is delivered fresh and whole, from farm to market. These preconditioning procedures make it possible for agricultural produce to be marketed more efficiently and help to reduce losses in supply chain and to prolong the freshness of produce.

Under the provisions in India’s Finance Act, in regards to service tax (see Section 66D (d) (iii) of Chapter 5 of Finance Act 1994 and Chapter VA of Finance Act 2003), processes carried out at an agricultural farm which do not alter the essential characteristics of agricultural produce but only make it marketable for the primary market do not fall under the Negative List. However, elsewhere (Section 65B(5) of the Act), “agricultural produce” is defined to mean any produce of agriculture on which either no further processing is done or such processing is done as is usually done by a cultivator or producer.

This February, the Group of 20 (G20) Development Working Group (DWG) holds its first meeting in Turkey. The meeting is the start of many, to prepare for the G20 leadership summit in December 2015. Agriculture and an understanding of next steps in this sphere, is an important matter for discussions. Under the framework of the Food Security Network (FSN), some of the items to be discussed – responsible investment in food systems, enhancing quality employment and incomes in agriculture, expanding food supply and sustainability are key topics.

In all these subjects, the Indian development records important examples, in terms of best practises followed, and the experiences and learnings that resulted. The G20 will do well to take cognisance of the India story, especially in the for agriculture area including cold-chain sector.  Let us touch on what Indian agriculture brings to the G20 table-
... Continue reading »
No comments:

On 5th October 2014, the Government of Brazil published the new Dietary Guidelines for the Brazilian Population replacing the previous Guidelines issued in 2006. The formulation of these guidelines included multiple meetings involving researchers, health professionals, educators, and representatives of civil society organisations from all regions of Brazil. Earlier the draft Guidelines were subjected to public consultation, which resulted in thousands of responses, including from universities, public bodies, professional representative organisations, the private sector, and from health professionals and individual citizens.

The recommendations issued in the Guidelines are based on evidence from different sources, including experimental, clinical and population studies, and also on natural experiments implied in the selection and adaptation of dietary patterns evolved over many generations.

Definitions are for convenience 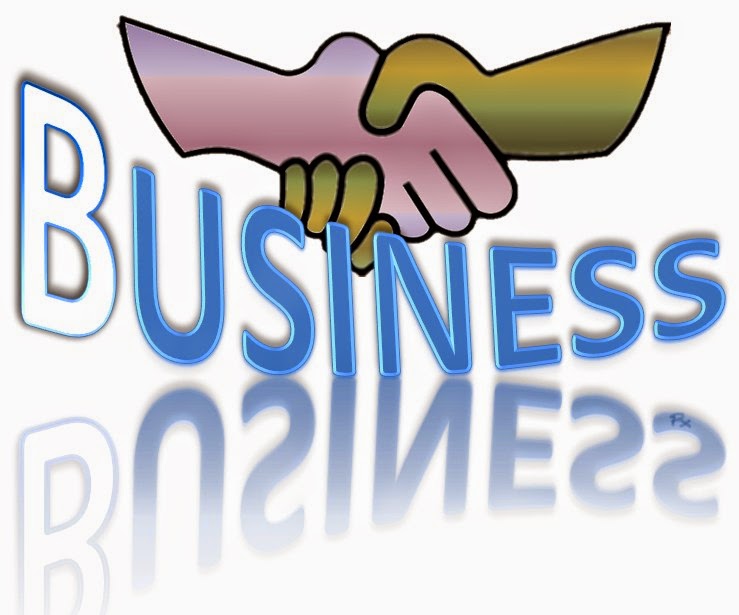 At a recent formal discussion of a PPP proposal, the attending resource persons (consultants from one of big 5), rather categorically reasoned that food processing is not a part of cold-chain business and hence such units were not considered in the project under debate. Hearing such blanket statements is a very distressing experience, particularly when long term plans are being developed with the overarching aim of public good. Such single-minded differentiation between cold-chain and processing units stems from an academic or research bent of mind, inexperienced in matters of business.

Yet, if the aim is optimal utilisation of resources, with profitability and success in mind, then these narrow interpretations need to be shed and put aside, firmly. In the world of commerce, reason relates to align opportunities, maximise revenue, increase profitability options - common business sense.
... Continue reading »
No comments:

A modern pack-house is the initiator of the cold-chain for fruits and vegetables, and a cold store the midway platform. A pack-house is effectively the intelligent nerve centre of cold-chain, and it inherently sets off multiple logistics or supply lines catering to various demand centres. At such a pack-house, after the harvest is sorted into marketable or value based lots, they are then directed into different elemental value chains, some to continue within the cold-chain and some without. 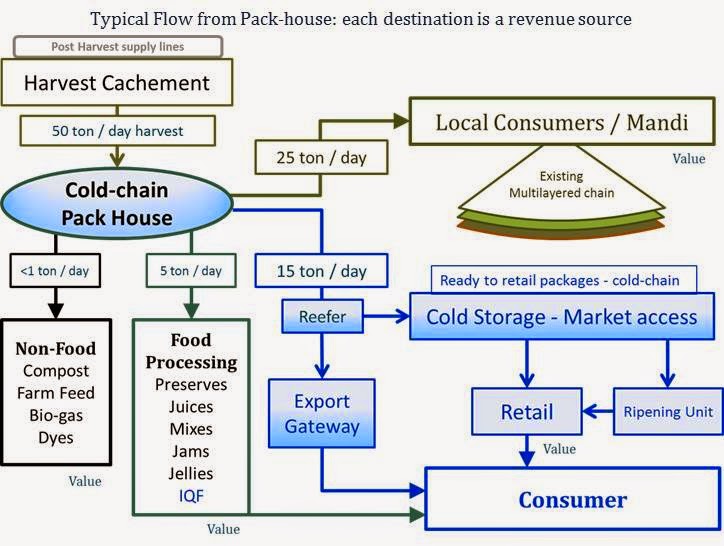 ©Pawanexh Kohli
As an integral part of the cold-chain, a modern pack-house not only preconditions or prepares designated volume for onward dispatch in the cold-chain, but after sifting the “raw arrivals” also feeds other supply lines which may not use temperature controlled technologies. A cold-chain business operator cannot ignore various other post-harvest market options for the produce they handle. If other market options do not exist, then these should be ardently pursued by the cold-chain business person, either to develop the utility or reaching out to others to do so.
... Continue reading »
No comments: