Cold-chain is about Speed! 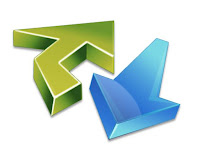 Frequently cold-supply-chain strategists are asked to help develop models for a laudable vision, one that envisions a revenue multiplier for farmers-producers. This Vision is typically presented alongside tactical options, those that focus on enabling small farmers to offset their sales by storing their weekly or seasonal produce, thus avoiding peak season price drops. This is also expected to avoid distress sales due to low shelf life of the perishable produce.

Ergo the cold-store, which is viewed as a buffer space that can extend the trade opportunity, conceivably offering safe, risk free storage and defer the sale to a more favourable future date. This tactic lends itself to the core premise that the buying markets will pay a higher value at a later date, when supply patterns are low.

In December 2014, the Japan Metreological Agency had declared the onset of El Niño, on the basis of a rise in the ocean temperature alone, though other atmospheric conditions had yet to manifest. In March 2015, the Climate Prediction Center of USA confirmed the arrival of the El Niño conditions. Though these conditions are weaker than expected, and have manifested much later than was foretold, scientists have predicted that 2015 will be the hottest year in recorded history.