Yet another spate of research reports were sent to me, some having quoted the National Centre for Cold-chain Development (NCCD); almost all referring to out-dated data and sadly, confidently extrapolating that into futuristic scenarios.

I cannot help but point out some of the errors and omissions, else yet another set of documents, poorly understood and researched would be bandied about as gospel (distorting whatever they aim to propound)!

Perpetuating misinformation or inexperienced interpretations is the biggest threat to India's cold-chain development. Worse… when they are given guise of authoritative alignment. More so, because these studies are frequently lapped up by the gullible who buy this largely to make plans and strategise their businesses.

These theorised documents would be agreeable and pass muster if they were but reports or outputs from study groups... if only they did not attempt to lend their secondary collation undue legitimacy aimed at decision makers.

Worse, they quote and misquote authoritative sources without properly understanding the data, business or the facts.

Secondary Reportage
In many cases, it is not a business planner who buys such documents; many a times other research outfits procure the study to output yet another compilation. The result is a new format, pretty language, fresh branding but the same misinformation on a merry-go-round - such studies become poor reportage.

Case in example, a recent (2013) research stated India has ~5,400 cold storage units or 23.6 million tons (quoting 2010 data); in this same period a similar study by the EXIM Bank quotes the NCCD in stating that the country has 24.3 million tons. The study also annexes the tabulated capacity at 30 million tons (??) contradicting itself. These documents also go on to state that India can but only store less than 11% of the country’s total produce. To what aim, and how are both correlated - and what erroneous insinuation? Where is the intellect in these studies, to do more than spout what has been mentioned umpteen times earlier? How is this interpretation differentiated from what is already in public domain? Where is the value-add?

Another statement in these studies is that 105 million tons of perishable produce is transported in India, most without refrigeration, insinuating another falsity that ignores the link between product life-cycle and markets. Declarations included in the study claim that India has only 5000 reefer vehicles - another poorly researched fact.

Even the market segmentation and figures indicate lack of clarity in concept; how the stated opportunistic figures apply, to which segment, stakeholder type; in fact the entire chain is not fully understood, viewed merely as a building project. Have any of these reports even attempted to define their terminology?!? 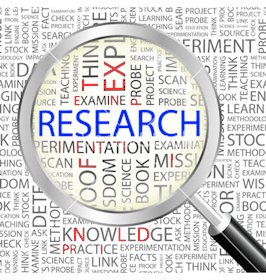 In fact, one of these documents blatantly classifies the cold chain industry into just two segments, storage and transport. Entirely missing out on two other major segments! And a variety of market segments. This leads to an abysmally narrow view portraying largely infrastructure play; and even then missing out on the most critical infrastructure component.

In a marketing mail I received for one of these research documents, the country's losses in fresh produce are attributed, glibly & blatantly, to a lack of cold rooms & transport. Clearly the compilers think and project that making entry into a cold room or vehicle is synonymous to entering the cold chain. Voilà, national produce waste is quickly resolved; fix the supply of these two asset components and fix India's loss - wrong!

All this stems from inexperienced book knowledge and desk reviews of archaic thinking. In fact the misconception tabled is that integrated cold chain comprises only storage and transport; and if these two are developed, all cold chain needs would be fully served ?!?!?

The studies one is sent, seem to be largely arithematical exercises and should be declared as so - data analytics. Yet, they are mostly marketed as intelligent dissertations (to be fair, some may have read up a bit more than others before the copy editing exercise)

These studies have erred in their inferences, on storage & transport, its demand and its role within segments of the cold chain. In fact, a close read will show how even their understanding of the cold chain is superficial and hence the output equally undeserving of consideration. This perpetuates the mistake to view broad macro level leads as enterprise level opportunities. How is it that information so disparate and so loosely researched is then mistaken as the starting point for a discussion on cold chain. Easy statements are made on the lack of technology, quality and infrastructure in India's cold chain. In my opinion the main discussion is on the lack of quality research and the inexperience that is applied to such studies.

This and various poor information is misinterpreted into current & future cold chain scenario... definitely disturbing. The overall concept of the chain of activities and enabling infrastructure is not understood - it is evident that zero or minimal hands-on experience is used to basically conduct a reportage of secondary information. This exasperated me earlier and does so again - see a previous year's blog I wrote on Market Research.

While many research documents label themselves as industry reports, they seem to be constricted in vision on the cold chain. Government initiatives are referred without completion and stagnant operators assessed as the major stakeholders. These studies seem to be about repeating gossip points and not studious evaluation leading to any pointed understanding. When the basics are incorrect and extrapolations misguided, how can trends and market analysis be adjudged - actually, because there has been so much written about cold chain, that when compiling it all, many bets get hedged.

-------------------------------------
Desktop Expertise
I also find understanding confused between policy direction and operational tactics; in looking up the antecedents of what was being projected as valued opinion, I came across this blog. In this piece, the writer made reference to a Business Standard news article (in inexperience she refers it as a press release), where the news reporter attempted to highlight upon government plans for fast track movement of perishables across the country. This news report also quotes me on some of the initiatives planned by the Government of India and as mooted by NCCD.

The blog article opines that fast tracking nationwide movement of perishables should take a back seat and advocates that "it is not just a matter of hassle free movement", that instead "we should concentrate on developing or rather improving the loading docks". She emphasises this is to "ensure the necessary temperatures are maintained at supply points".

It is interesting that the blog writer (who is the Value Notes team lead of a study on integrated cold chain), recommends that good loading and off-loading practises should become the prime focus of national development efforts. She further tries to explain with a blanket reference to multi-drop offs in India, with longer door openings in comparison to other countries - that this operational redesign necessitates critical redressal - that it is no use pushing fast movement.

The writer then goes on to to further exemplify this thought by articulating specifics about "unpredictable order quantity" and "sorting of stocks" which she claims is conducted at drop-off points... but aren't these last mile concerns internal to individual operations & profitability? Is not number of drop offs and door openings and et al designed around individual needs, cargo type and asset design? How does this segment of operations (last mile) compare with long haul transit - the writer seems unaware about how the activity chain contributes to the value chain, and the attempt can only confuse the readers.

Nationwide regulatory changes for cross country haulage helps mitigate en-route risks & delay, in-transit checks of cargoes, fuel savings off a dual energy utility, improves upon delivered shelf life, etc. It is poor understanding of metrics that permits one to directly relate this to operational compliance at last mile distribution points - to ask the government to defer trans-national fast movement and instead bring focus on SKU handling?

When faced with such ambiguous analogy, it leaves me to wonder the wherefore and the wherewithal of associated expertise. The unpolished unrestrained correlation between haulage and distribution, the lack of understanding in comparing drop-offs unrelated to product segmentation, the sheer novicity of this writer at first brought a smile; only to quickly be overshadowed with concern.

Young talent keen to meet deadlines, seem to find the differing aspects of a trade too involved & profound. When interacting with grass root operators, who will excitedly blame the handling points for all ills, untutored minds tend to greedily lap-up such gossip (usually when a green-horn presents queries, it is best to rid them by pointing out the easily & quickly comprehensible). Inexperienced readers will focus on such raw pass-through of opinion, they will naturally tend to believe the written word and since this is related to an 'industry report', a chain of misquotes will perpetuate the poor understanding.

Count your chicken
Would the research studies conducted by untested and unfielded individuals reflect similar output? If yes, won't it prolong & disseminate incorrect understanding & unrealistic demands? Yes, yes, and last mile operational processes, OD pairing and every other aspect that is logistics can be fixed by smart operators (but it is erroneous to assume government onus here).

I find that Research houses that claim "Industry Experience" tend to typically output inexperienced collation of information, cleverly branding a secretarial exercise as decision making intelligence. If Data is to lead to intelligent Decision, then the data and its correlation should be undertaken through involved knowledge. If decision points are being lobbied, then those must be rooted by hard experience in the connected trade.

Understanding different aspects of business, the logistics involved, the product segments involved, the source and destination difference for each, the stakeholder involvement, the missing link and the dynamics of order management will help - and these, I am convinced will not happen from behind a desk. A desktop is handy for typing out reports, but the contextual opinion must come from experience on the field.

Mere experience in desktop research is not to be accepted at par, especially in fledging sectors like cold chain.

When a child is formative, don't act on casual advice. Take such studies with a large pinch of salt and then throw some brine in to wake you up some more!