The concept “Controlling the atmosphere”

Cold stores alter the temperature inside an enclosed chamber through the use of refrigeration. To save operating costs of the cooling equipment, insulation as a thermal barrier is used to minimise external heat ingress. Depending on the product types stored, the cooling is distributed inside the chambers using fans which circulate cool air – in case of frozen temperature ranges, the cold air need only shield and isolate the cargo from the exterior peripheral walls & other heat ingress. 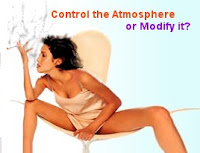 In case of living fresh produce, the cold air must additionally envelope each individual product piece and penetrate interstitial space in storage to evacuate other gases & heat produced due to respiration. This is ordinary storage and does not involve tampering with natural atmospheric composition.

Controlled atmospheres are essentially those which deviate from the normal air composition of 21% oxygen, 78% nitrogen and 380 ppm of carbon dioxide (Other gases present are normally too small a concentration to have a prime effect on stored produce). Controlled Atmosphere cold stores best understood as cold storages designed and fitted with additional equipment such as to actively change and control the atmospheric content inside the closed chamber.

The concept involves forcibly purging the mass of air in a closed room with other ‘inert’ gas, to quickly obtain a low level of oxygen inside the chamber. Low oxygen levels (in tandem with controlled temperature) have been observed to further reduce the physiological rates of living tissue stored in such an environment. Controlled atmosphere technology benefits by reducing produce respiration, slowing ethylene production, inhibiting pathogen reproduction, and killing insects.

The most common inerting gas used is natural Nitrogen (abundant in plenty in earth’s air). Special generator units are employed to extract the atmospheric Nitrogen (reducing O² content). The resulting air mixture is then pumped into the cold store chamber, purging the existing mass of air. The atmosphere content in the chamber is controlled to preset levels (depending on produce) and CA requirements are complied with.

The main added cost component for building a controlled atmosphere store is the nitrogen generator with controls and associated fan blowers. The equipment regularly samples air parameters inside the target chamber to stop the system and to replenish with fresh air when needed.

Globally a lot of research has been conducted in quantifying the benefits from controlling the atmosphere when storing fruits and vegetables. The most commonly beneficial products accepted for commercial storage in CA are apples, pears, kiwifruits for long term and for temporary storage or transport of strawberries, cherries, bananas and lettuce. Research has continued on various other produce types.

In either case, the intent of CA storage is to extend the shelf life of fresh produce, wherein price realisation is possible through sale in their original non-processed condition.

When used for long term storage, CA storage is deployed as farm-gate infrastructure and designed to suit batch wise dispatch as per market requirement.

It is notable that CA conditions (low oxygen contents) are harmful to living produce when delayed after harvest, cannot be tolerated by produce which is in later stage of shelf life and must be enforced within first few days of harvest.

If CA conditions cannot be operationally achieved within first 36 to 96 hours of initiation, the process is annulled and normal cold storage parameters are to be maintained.

It must be noted, that once a produce has been removed from the CA environment, it reverts to normal physiological activity and reintroducing into CA is harmful and causes tissue demise.


Modified atmosphere: this refers to changes in the atmosphere’s composition inside an enclosed space, such changes being slowly induced due to the normal physiological activity of the occupant of that space. This is common in modern offices where human occupancy & activity induces changes to the atmosphere, by raising CO2 and humidity levels beyond optimal conditions. These levels are monitored, and fresh air vent flaps accordingly operated, to keep the space fit for the human occupants. Modern cars have a vent flap near the AC for this reason.
All cold stores or enclosed spaces, that store fresh produce, experience this naturally induced phenomena or “modified atmosphere” (MA). While the raised CO2 levels can help by lowering physiological activity, by causing somnolence (drowsiness), very high levels can cause death and loss of value. Though MA is a passive effect, slow in manifesting, the contents of the atmosphere needs to be monitored to maintain an optimal living condition, inside such spaces. This especially, where long term storage is the case - fresh air vents, or even windows and doors are opened regularly to keep the atmosphere conducive to sustained storage of fresh produce.
This self-induced (no external power is applied) phenomena can be exploited in case of fruits and vegetables by using MAP (modified air packaging). MAP means using semi-permeable packaging that permits specific build-up of other gases, while allowing minimal measures of oxygen inside the package itself (MA condition).
Controlled atmosphere: this refers to when an actively controlled change of the atmosphere is effected, utilising specialised equipment. The equipment normally used involves molecular sieves (mechanical or chemical) that changes the molecular composition of air. Basically, instead of waiting for the slow, passive, self-induced modification (from normal respiration and physiological activity) to atmospheric contents, the change is realised with active intervention.

External energy is used to generate an inerting gas which is used to physically purge the inside atmosphere, through controlled inflow of the gas. The gas used in cold stores is Nitrogen, which already exists in abundance in natural air (78%). Unlike normal cold stores, the purging generates a high room pressure inside the chambers and the chambers need to be designed with specialised sealing and doors and relief valves, to withstand the elevated pressures.
This active and rapid change to the atmospheric composition is produced to maximise the advantage of physiological slow down and others benefits for specific fresh produce. In some cities, many car owners also refill their tyres with nitrogen and next time you visit the neighbourhood fuelling station, readers may enquire to see their nitrogen generating equipment.
time 11:54 am